Lesaffre - How can I.T. demonstrate its value? 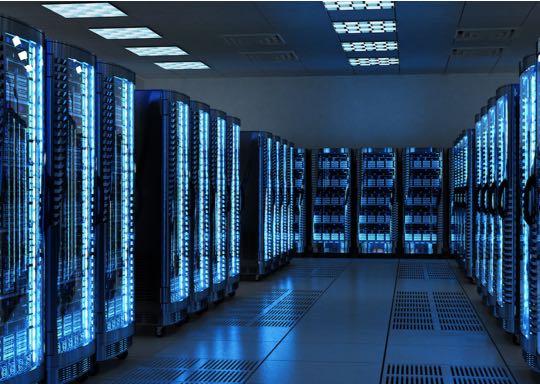 Lesaffre - How can I.T. demonstrate its value?

Most business users worry about technology when it does not work. I.T. department seldom receives praise for extended periods without incidents, in other words, when nothing happens. Instead, they only hear about the one time the service got interrupted.

So, it falls to I.T. to demonstrate its value by providing the measure of its efficiency, improvement in service delivery, stability, response time, and other critical indicators.

Lesaffre China I.T. department has grown to answer the growing demand for technology and digital transformation in the last few years. Lesaffre faced the same issues as any other industrial company, where I.T. is not the core business. It is easy to look at technology, understand what it could bring to the business, and even do the first deployment. But it is not easy to maintain a constant level of service after the initial project.

Once the novelty of a piece of technology has worn off, business users are all tempted to move on to the next shiny thing and assume that the deployed technology will continue to deliver its service. Of course, it is not the case, and as companies further digitalize, they accumulate technical debt, leaving the I.T. department with the growing task of keeping everything smoothly.

One of the optimizations projects Lesaffre and System in Motion collaborated on was the migration of all its brands’ websites into a unified architecture. That had the effect of strengthening its security, simplifying its maintenance, and reducing the running cost of the website.

This situation is widespread. Each brand independently developed its website, which makes sense. Each project can support the design and hosting costs. But none of the brands had factored in the upgrade cost of each of its Content Management Systems, underlying operating system, database, and other components.

The solution was to migrate each website to a single server, flatten all the content into a static version, and align all front-end libraries.

In 2021, when the world discovered the logj4 vulnerability , we knew that we had to act fast. Not only was my organization exposed to potential attacks, but with a fast pace regulation on internet security, it was an opportunity to reduce cost and increase security. We decided the best course of action was to consolidate all of our websites onto one secure infrastructure. It was a typical example of technical debt and cyber risk rising.

Lesaffre China I.T. and System in Motion also collaborated on developing a comprehensive Dashboard on I.T. department activities. The objective was to get away from the perceived value to a measurable value.

The essential prerequisites for this project were:

These are not trivial requirements. Any day-to-day operational team concentrates on the issue at hand. But the team must take a step back to look at long-term performance. It is the only way to prevent the wrong perception of the actual performance.

As an I.T. professional working for over a decade in China for MNCs, I’ve noticed that many support teams get stuck in the same cycle of repetitive actions: a problem occurs, an employee reports it, I.T. team rushes to investigate and solve it. Meanwhile, another user has the same issue, and support tickets accumulate. By the time each problem is resolved, several new issues have emerged, and the I.T. team is back to square one. This repetition occurs because the I.T. team lacks insight into what’s coming next. They can’t tell how many people are impacted by the same problem, and as a result, they resolve issues device by device while users grow increasingly frustrated. The I.T. team is trapped in a reactionary loop; they don’t have a thorough knowledge of the issues they’re reacting to.

The final I.T. dashboard presents the status of all requests, processing time, and key trends in improving service delivery.

The first version of Dashboard brought visibility to the response time of the I.T. department. Showing, with data, its actual efficiency.

The second version demonstrated positive trends. The effect of the continuous improvement projects, return on experience, could be shown with measurable results.

The third version incorporates 360-degree predictive indicators on infrastructure. The objective is to solve issues before they happen or, at least, before the user suffers from the incident.

The first and crucial step to any proactive transformation is increased visibility. With in-depth, real-time insights into device activity and performance, an I.T. team can determine immediately how many devices the current issue impacts. Instead of only incidents, visualize the performance of all critical components (hardware, software, applications, networks) within employee devices. We need a baseline for each component to quickly identify the risk of incidents. In the short term, this level of visibility enables the I.T. team to understand and thus troubleshoot incidents faster. But more importantly, it provides the foundation with which they’ll build a proactive strategy by understanding every asset within the information system.

Can you Reconcile ERP and Agility?

The Five Rules of Process Mining